It was the last week of June and we had to ship a primary mobile track plant to Uganda, South Africa. Our first reaction was how this could be done during the pandemic-induced lockdown. With no clue but strong determination in mind, we initiated the process to move the machine from the ground to the ship deck and eventually to the destination.

We obtained the necessary permissions and escorted the machine from Coimbatore to Chennai coast yard.

The next task was to unload the track plank from the trailer and park it at Port yard.

There were two different ways to unload / load to a trailer - one using an overhead crane (for 55tons weight) and the other option by crawling the machine (length x width x height - 15m X 3.3m X 4m) on ground.

The vessel ear-marked to us was a closed vessel and so the option of using overhead crane was ruled out and so the machine had to be marched into the vessel.

The pandemic had brought every activity to a near standstill mode and we at that time could not deploy our people at the Chennai port. Making the situation worse was the fact that the port area was marked as containment zone, then.

The vessel was set to sail and we decided to make the best use of the available resources to accomplish our task.

A special SOP (Standard Operating Procedure) was framed and circulated among the port team. The next task was to train the logistics crew in the port.

A marathon six-hour video conferencing was arranged and step-by-step instruction was given.

Demonstrative videos were played to boost the confidence of the port team.

The engine was started and later few mechanical accessories were dismantled. Thus started moving the electrical Propel track plant towards the vessel.

The backend team of Propel was as thrilled as the port logistics crew.

The collaborated team effort led to the electrical track plant to be safely parked inside the vessel. We had actually made the best use of the available technology and we were proud!

We followed similar activities and successfully the machine was delivered at the customer’s place.

Again, Propel service professionals could not be deployed in South Africa due to the pandemic.

We started the online training for the field crew at customer end and we had become quite confident about being able to commission the machine the next day.

As the first stone moved through the plant, the entire team was in euphoria!

As we proudly recollect our victory story, we remember to kind hearted support of the port logistics crew in Chennai! 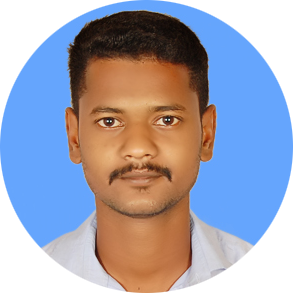 ~ The inputs for the blog has been provided by Mr. S. Suryaprakash from the track service department.